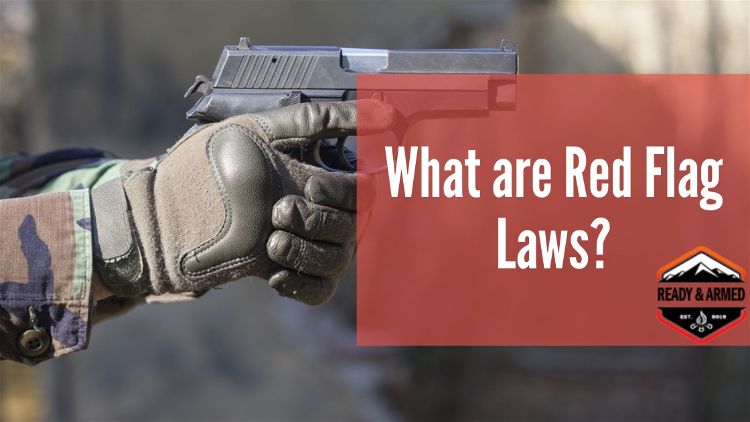 Increased cases of mass shootings have forced the political class in many states to take preventative action to ensure that guns are taken away from potentially dangerous people. Red flag laws are among the most recent proposals after increased cases of mass shootings in various states across the country, including the most recent back-to-back shooting in Dayton and El Paso that took the lives of 31 people.

The main aim of these laws is to keep guns out of the hands of people who pose an immediate threat to others and themselves. If you are a gun owner, you should always use a gun safe at home like Moutec Large Electronic Rifle Safe to store your guns. So, what exactly are red flag laws, and how can they affect gun owners? This article will tell you everything you need to know about these popular gun policy proposals.

What are Red Flag Laws?

Red flag laws, also known as Extreme Risk Protection Orders (ERPOs), are state laws that give courts the authority to issue a special type of protection order to allow the police to temporarily confiscate a firearm from people deemed by the court to be a danger to themselves or others around them.

If the court finds out that the person in question is dangerous to themselves or others, then the person will be required to surrender their firearm to the police for a certain period. The individual will also not be allowed to buy or sell firearms. However, these laws have attracted huge debates. Proponents say that they will reduce the cases of mass shootings which have increased significantly over the recent years.

Those who are against these laws say that they are selectively aimed at taking guns from people suffering from mental health disorders who are more vulnerable to gun violence. The National Rifle Association (NRA) supports the idea of red flag laws but is not in agreement with how they have been enacted in many states across the country. According to the NRA, the reason why they are opposing these laws is that they feel that they infringe on due process rights.

When the court holds a hearing to determine if an individual poses a danger to themselves or others, the hearing is usually held ‘ex-parte’. This means that the person whose gun is temporarily held is not given a chance to present at the time of the hearing.

The National Rifle Association says that this is unusual and unfair, and that is why they don’t support these laws. Many other gun advocates have also opposed these laws saying that they infringe on a person’s Second Amendment rights.

It is important to note that red flag laws are temporary orders issued by the courts, meaning that they don’t keep guns away from individuals who are thought to pose a threat forever. The window of time in which the order takes effect depends on many factors, including the level of threat the person poses to themselves and the public as seen by the court and how the laws are written in various states.

For states that have enacted these laws, gun owners should know that any family member or the police can petition the state court to order the temporary removal of the firearm from an individual. This means that if the court is convinced that the gun owner poses a danger to themselves or other people around them, then their gun will be taken away from them for a certain time.

The form of assurance that gun owners had in the past of using their weapons the way they wanted (providing it is within the law) no longer guarantees that they keep their guns.

Any person who feels that the gun owner is not responsible in the way they are handing their weapon can petition the court, and that gun could be temporarily removed. This could be a disadvantage for people who are mentally challenged who may be misjudged by other people or the police for their actions.

The first red flag law was enacted in Connecticut about 22 years ago. Since then, a few states have followed suit. For instance, Indiana enacted the red flag laws in 2005, and in 2016, California and Washington DC followed. Data collected by Everytown, an independent organization working to end gun violence, shows that 19 states and Washington DC have enacted some type of red flags laws.

Before the 2018 mass shooting at Marjory Stoneman Douglas High School in Parkland, only a few states had enacted some form of red flag laws. These states include New York, Florida, Connecticut, Indiana, Illinois, and California.

States that already have red flag laws include:

States that are considering enacting red flag laws include:

The ERPO bill was introduced in Virginia in January but was voted down by legislators. The bill has also been introduced in Tennessee, but the Republican-controlled lawmakers are yet to debate it.